Towards an ImageNet Moment for Speech-to-Text

Speech-to-text (STT), also known as automated-speech-recognition (ASR), has a long history and has made amazing progress over the past decade. Currently, it is often believed that only large corporations like Google, Facebook, or Baidu (or local state-backed monopolies for the Russian language) can provide deployable "in-the-wild" solutions. This is due to several reasons:

In this piece we describe our effort to alleviate these concerns, both globally and for the Russian language, by:

Following the success and the democratization (the so-called "ImageNet moment", i.e. the reduction of hardware requirements, time-to-market and minimal dataset sizes to produce deployable products) of computer vision, it is logical to hope that other branches of Machine Learning (ML) will follow suit. The only questions are, when will it happen and what are the necessary conditions for it to happen?

In our opinion, the ImageNet moment in a given ML sub-field arrives when:

If the above conditions are satisfied, one can develop new useful applications with reasonable costs. Also democratization occurs - one no longer has to rely on giant companies such as Google as the only source of truth in the industry.

This piece will describe our pursuit of an ImageNet moment for STT, which has so far not been found, and particularly in the context of Russian language. Our main goal is to build and deploy useful models as fast as possible on a limited compute budget, and to share our results of how to do this so others can build on our findings, so we can collectively achieve an ImageNet moment for STT.

For our experiments we have chosen the following stack of technologies:

There are many ways to approach STT. Discussing their drawbacks and advantages is out of scope here. Everything in this article is said about an end-to-end approach using mostly graphemes (i.e. alphabet letters) and neural networks.

In a nutshell - to train an end-to-end grapheme model you just need a lot of small audio files with corresponding transcriptions, i.e. file.wav and transcription.txt. You can also use CTC loss, which alleviates the requirement to have time-aligned annotation (otherwise you will need either to provide an alignment table by yourself or learn alignment within your network). A common alternative to CTC loss is the standard categorical cross-entropy loss with attention, but it trains slowly by itself and it is usually used together with CTC loss anyway.

This "stack" was chosen for a number of reasons:

All publicly available supervised English datasets that we know of are smaller than 1,000 hours and have very limited variability. DeepSpeech 2, a seminal STT paper, suggests that you need at least 10,000 hours of annotation to build a proper STT system. 1,000 hours is also a good start, but given the generalization gap (discussed below) you need around 10,000 hours of data in different domains.

Because of these drawbacks, about 6 months ago we decided to collect and share an unprecedented spoken corpus in Russian. We targeted 10,000 hours at first. To our knowledge this is unprecedented even for the English language. We have seen an attempt to do work similar to ours, but despite the government funding, their datasets are not publicly available.

Recently we released a 1.0-beta version of the dataset. It includes the following domains:

Our data-collection process was the following:

You can find our corpus here and you can support our dataset here.

Though this is already substantial, we are not yet done. Our short term plan is:

To build a great STT model, it needs the following characteristics:

We take these as our goals, and describe how we fulfilled them below.

The above chart only has convolutional models, which we found to be much faster than their recurrent counterparts. We started on the process to getting these results as follows:

So, we then explored the following ideas to improve things:

In real life it is expected that if the model is trained on one domain, there will be a significant generalization gap on another. But is there a generalization gap in the first place? If there is, then what are the main differences between domains? Can you train one model to work fine on many reasonable domains with decent signal-to-noise ratio?

There is a generalization gap, and you can even deduce which ASR systems were trained on which domains. Also, with the ideas above, you can train a model that will perform decently even on unseen domains.

According to our observations, these are the main differences that cause the generalization gap between domains:

More often than not, when some systems are compared to other systems (if you speak Russian, this is a typical culprit) the following quirks occur:

While we are not 100% immune to these deficiencies, we nevertheless argue that you should at least attempt to:

Comparing the benchmarks in the previous section, some conclusions can be drawn (please note that these tests were made at the end of 2019 / early 2020):

We have shown that with close to zero manual annotation and a limited hardware budget (2-4 x 1080 Ti) you can train a robust and scalable acoustic model. But an obvious question is - how much more data, compute and effort is required to make this model deployable? How well does the model have to perform?

As for performance, an obvious criterion for us would be to beat Google on all of our validation datasets. But the problem with that is that Google has stellar performance on some domains (i.e. calls) and average performance on the others. Therefore for this section we decided to take the results of the best model of a local Russian state-backed monopoly SpeechPro that is usually cited as “the best” solution on the market.

Looking at the above table, we found that our model outperforms SpeechPro Calls (they have many models, but only this one performs well on all of the domains) for all categories except for e-commerce calls and audiobooks. Additionally, we found that adding more capacity to the model and training on more data greatly improved our results for most domains, and that SpeechPro only outperforms this model on e-commerce calls.

To achieve these results we had to source an additional 100 hours of calls with manual annotation, around 300 hours of calls with various sources of automatic annotation and 10,000 hours of data similar to OpenSTT, but not yet public.  We also had to increase the model decoder capacity by bumping its total size to around 65M parameters. If you speak Russian, you can test our model here.

As for other questions, it is a bit more complicated. Obviously you need a language model and a post-processing pipeline, which is not discussed here. To deploy on just CPU some further minification or quantization is desirable but unnecessary. Being able to process 2-3 seconds of audio per CPU core second (on a slow processor, on faster processor cores we get somewhere around 4-5) is good enough, but state-of-the art solutions claim figures around 8-10 seconds (on a faster processor).

Here is a list of ideas, that we tested (some of which even worked), but we decided in the end that their complexity does not justify the benefits they provide:

Author Bio
Alexander Veysov is a Data Scientist in Silero, a small company building NLP / Speech / CV enabled products, and author of Open STT - probably the largest public Russian spoken corpus (we are planning to add more languages). Silero has recently shipped its own Russian STT engine. Previously he worked in a then Moscow-based VC firm and Ponominalu.ru, a ticketing startup acquired by MTS (major Russian TelCo). He received his BA and MA in Economics in Moscow State University for International Relations (MGIMO). You can follow his channel in telegram (@snakers41).

Acknowledgments
Thanks to Andrey Kurenkov and Jacob Anderson for their contributions to this piece.

Alexander Veysov, "Toward's an ImageNet Moment for Speech-to-Text", The Gradient, 2020. 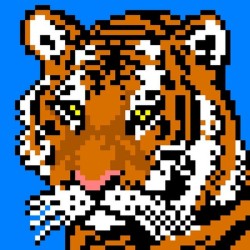 Lessons from the GPT-4Chan Controversy

AI is Ushering In a New Scientific Revolution

Working on the Weekends - an Academic Necessity?